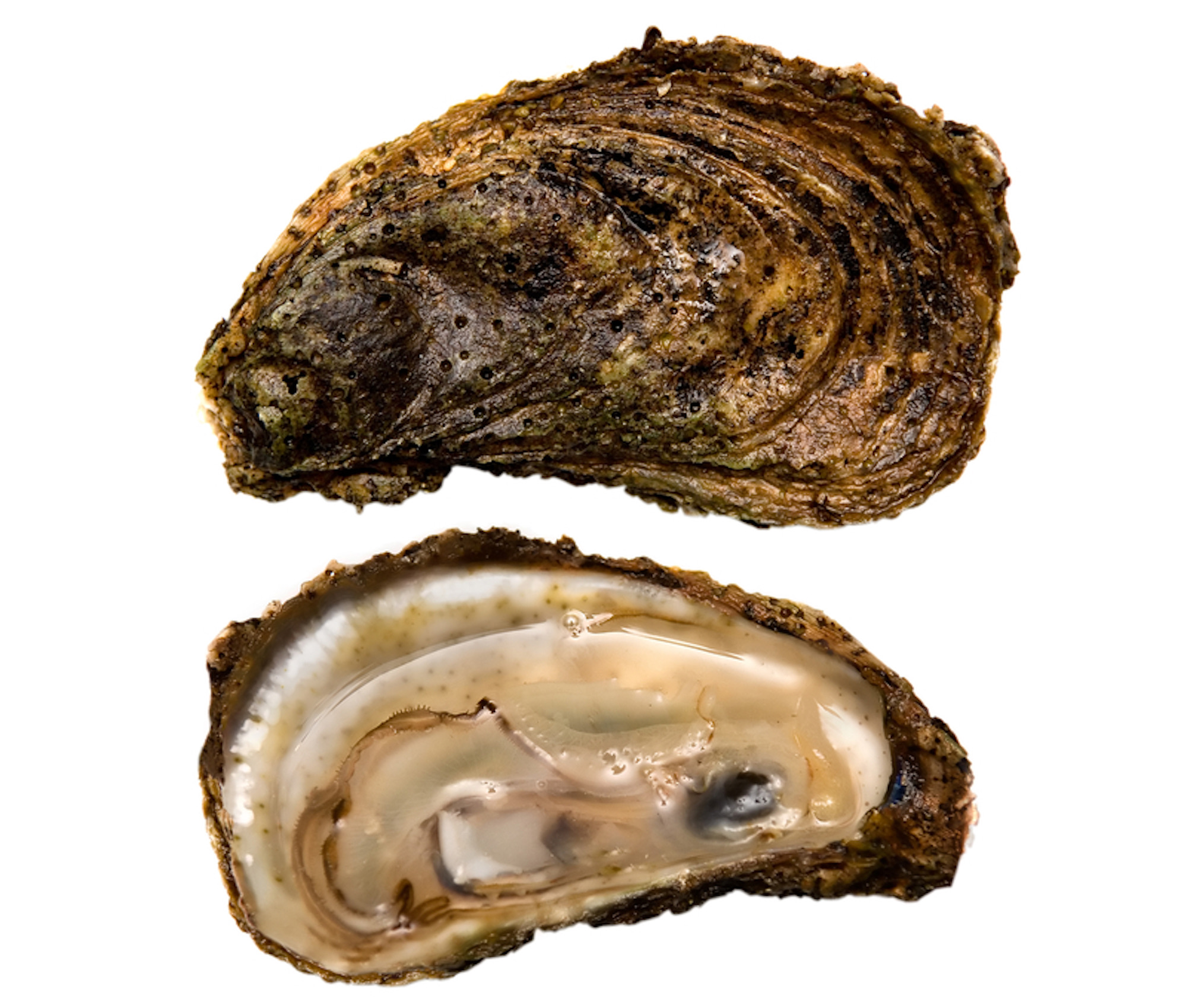 Oysters are farmed in Atlantic and Pacific waters. Along with the Eastern oysters, farmers on the West Coast also grow Pacific oysters (Crassostrea gigas). 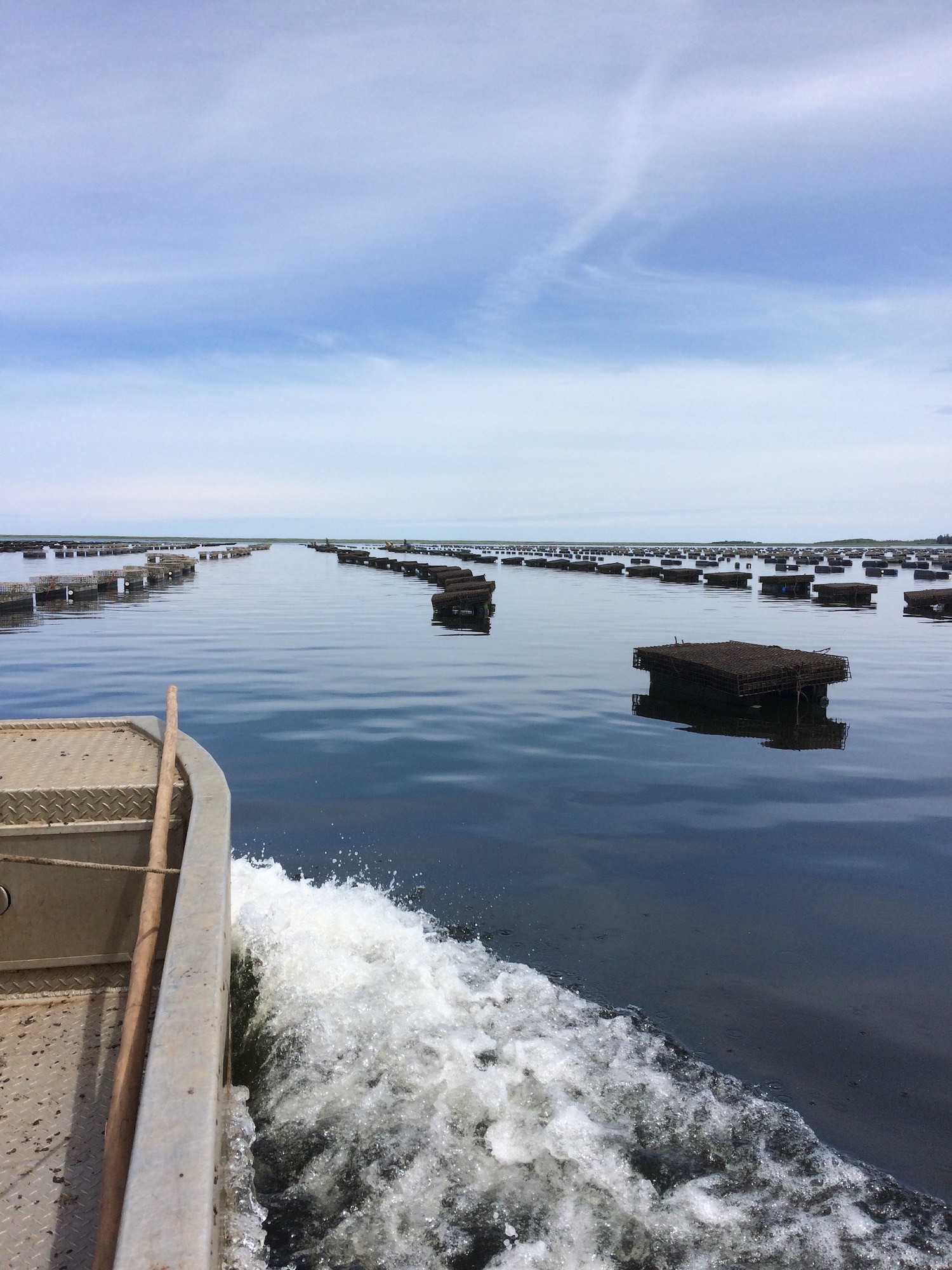 Some farmers grow oysters in floating cages. Cage-grown oysters are plumper, and have an appealing shape that consumers like. 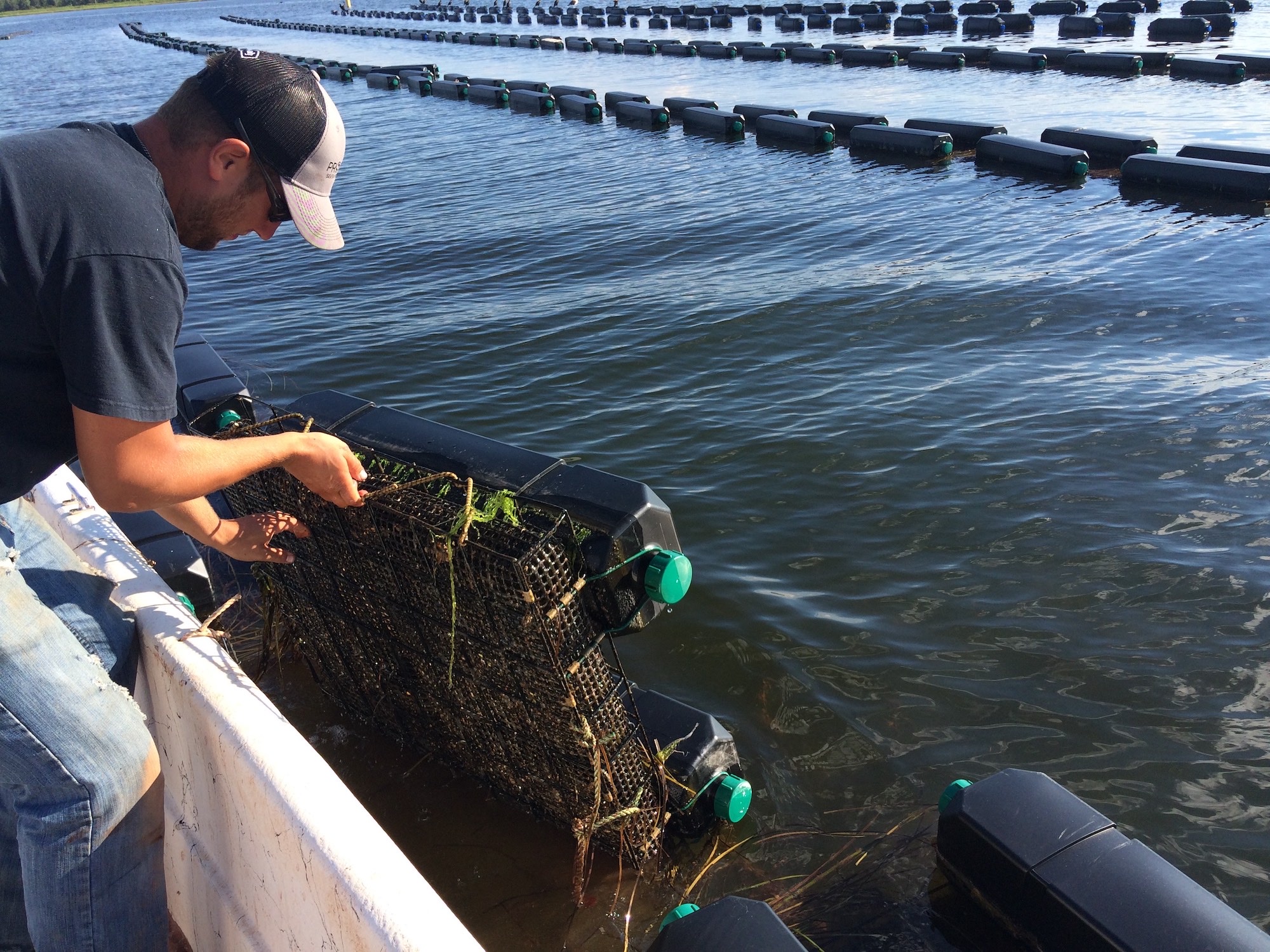 Floating oyster cages are flipped regularly to expose the oysters to air. This prevents too many barnacles, algae, and other sea creatures from growing on them. 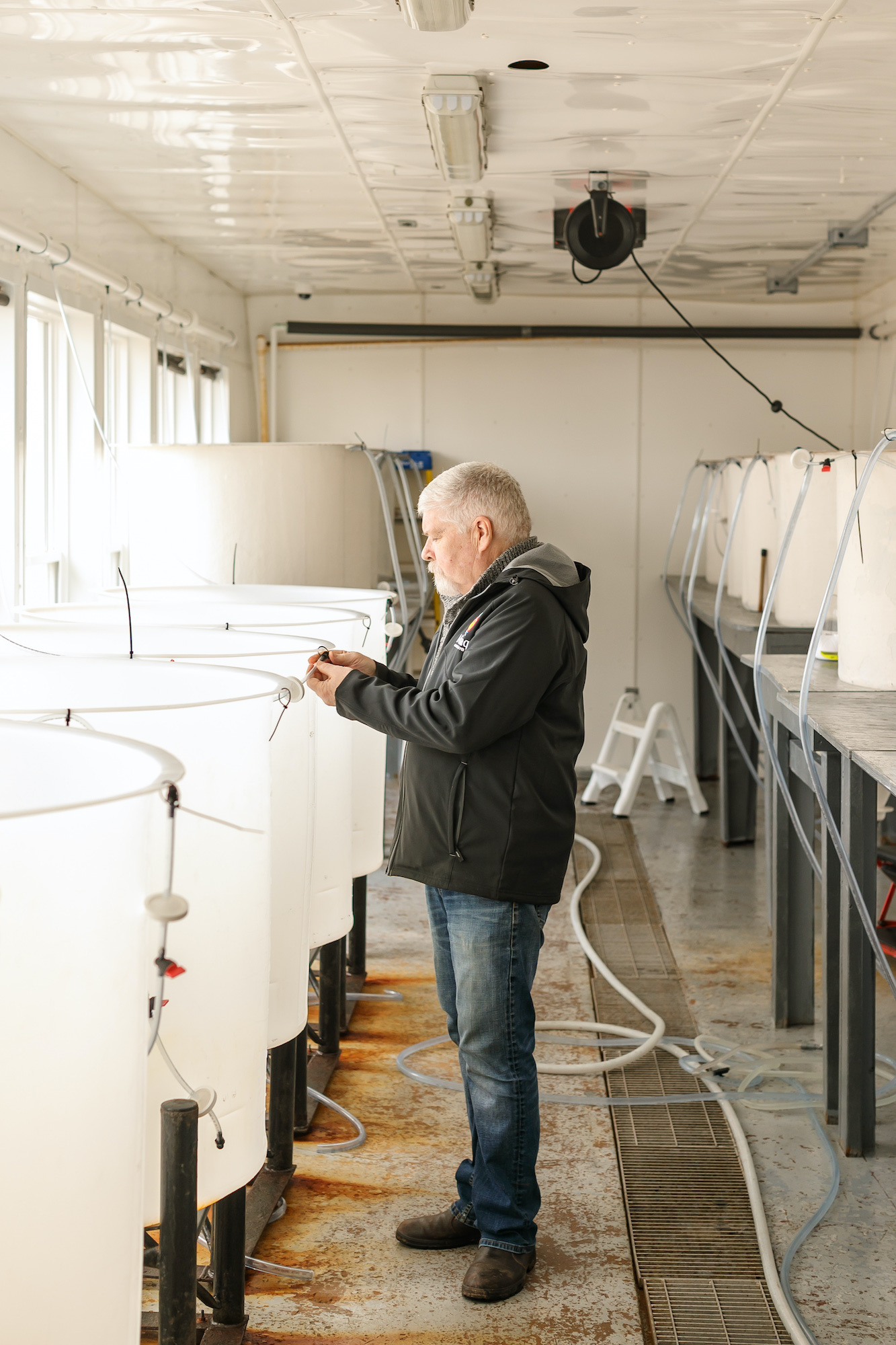 Many oyster seeds are produced in hatcheries. These special farms breed and nurture oyster seeds until they are big enough to be sold to growers. 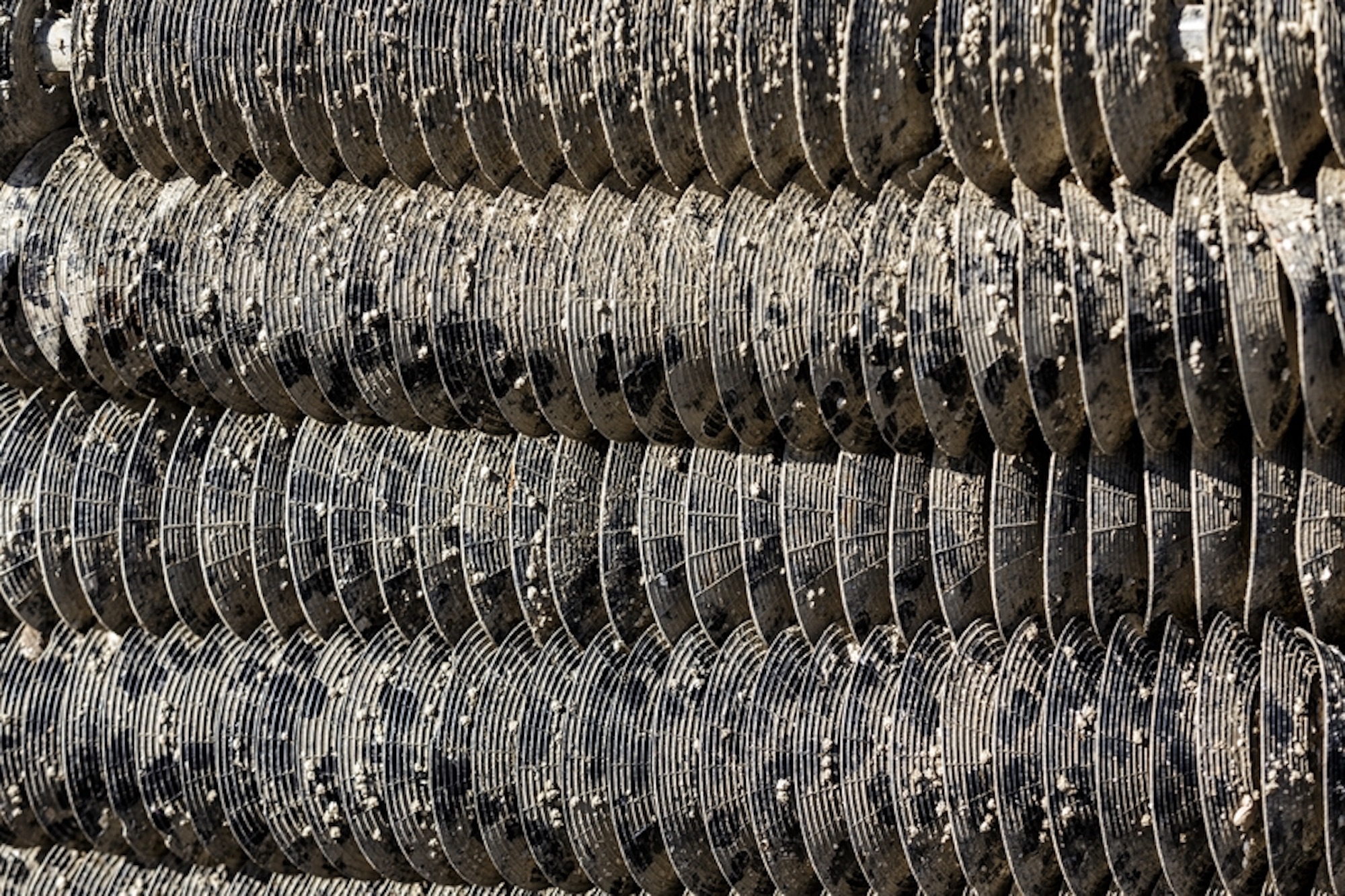 Some oyster producers collect wild oyster seeds from the ocean. They use spat collectors such as this (oyster seeds are also called “spat”) to attract oyster larvae. 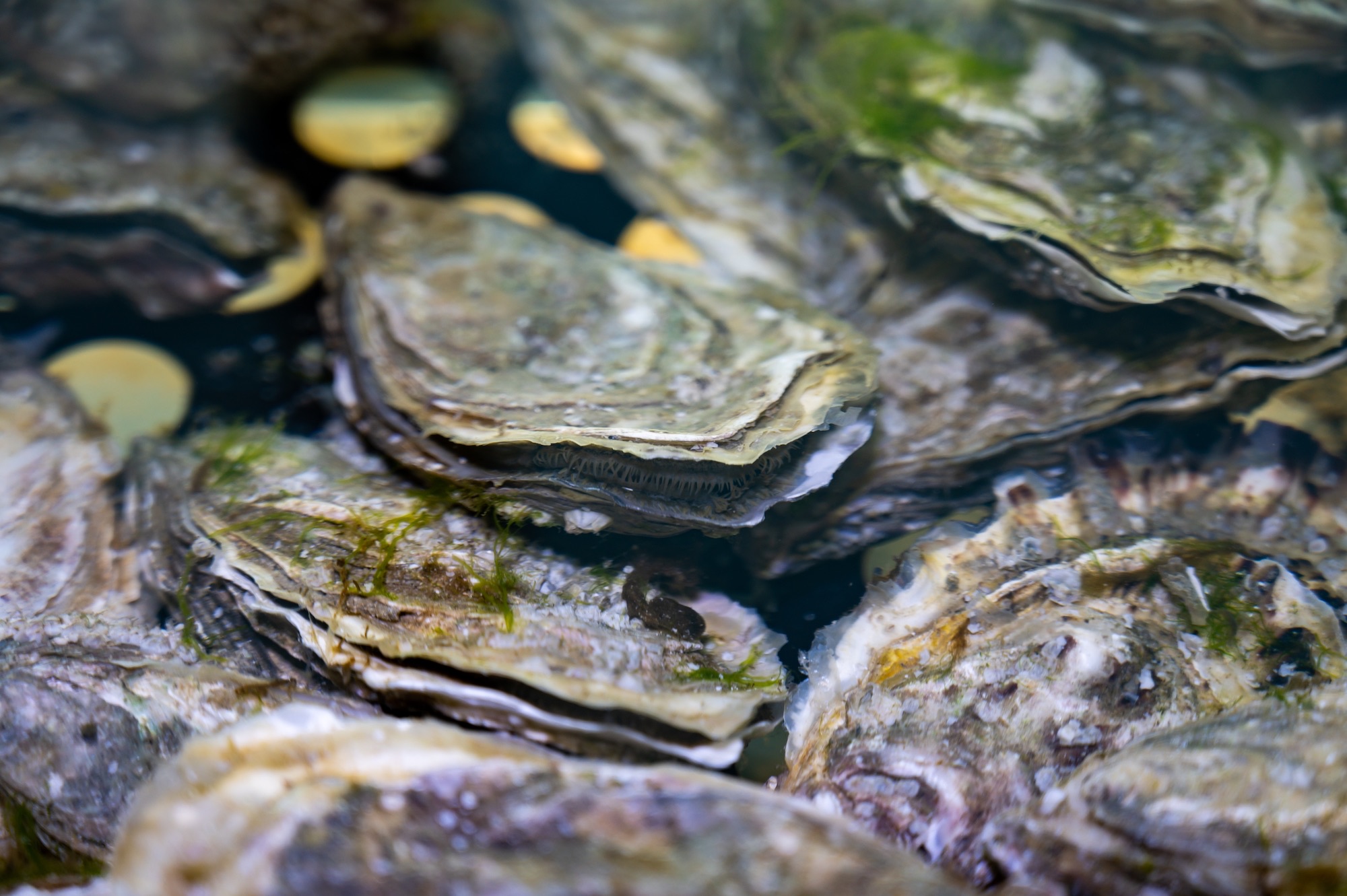 Oysters get all the nutrients they need by drawing seawater in through their gills and filtering out microscopic creatures and algae. This helps to clean the water by capturing excess nutrients.