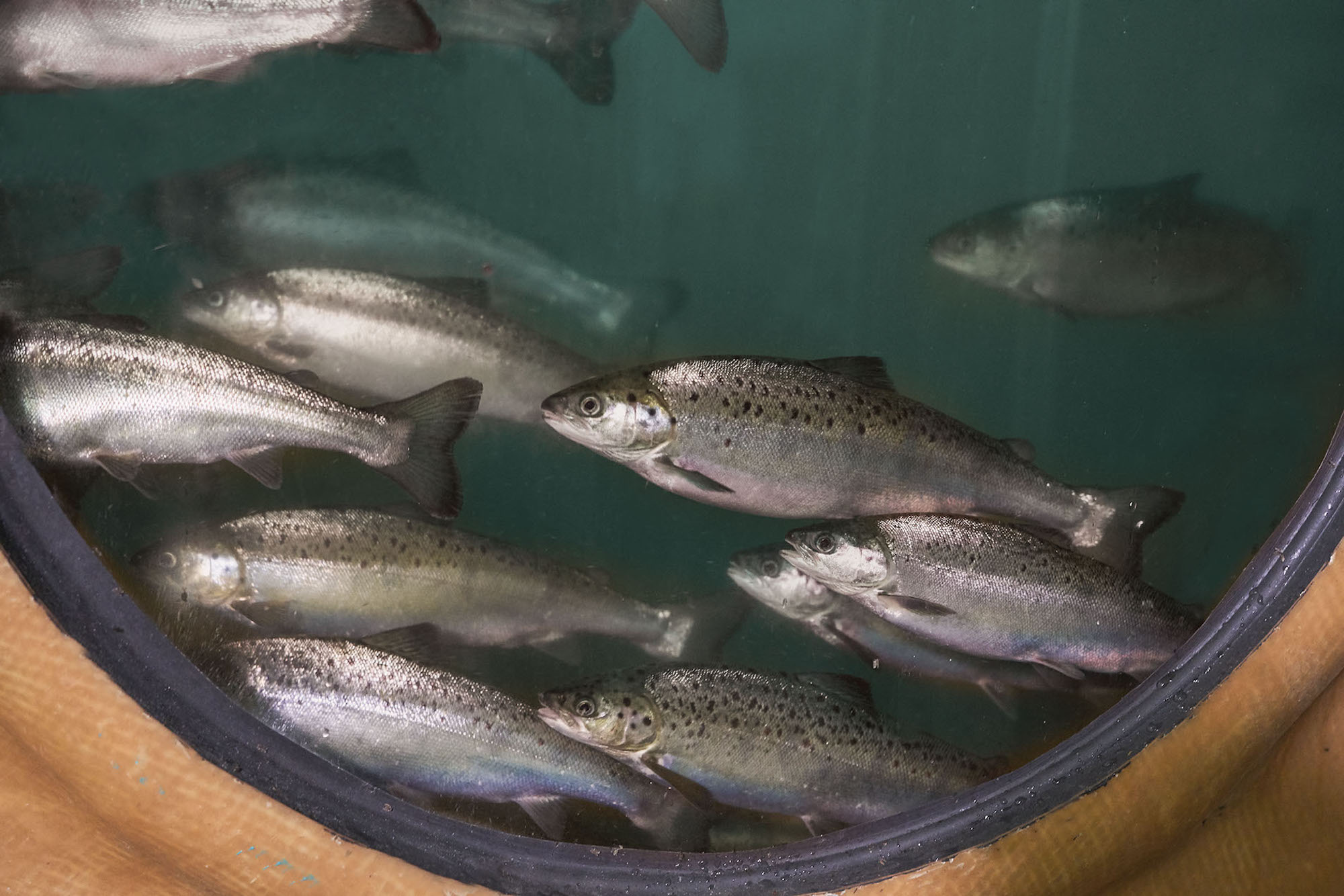 Canadian scientists developed genetically engineered (GE) Atlantic salmon in 1989. This fast-growing fish is now being raised on Prince Edward Island, and is sold throughout North America.

GE salmon is the first genetically engineered animal approved for consumption in Canada.

Genetic engineering is a process in which the genome (DNA) of an organism is modified or changed using modern technologies. This gives the organism new traits or qualities. 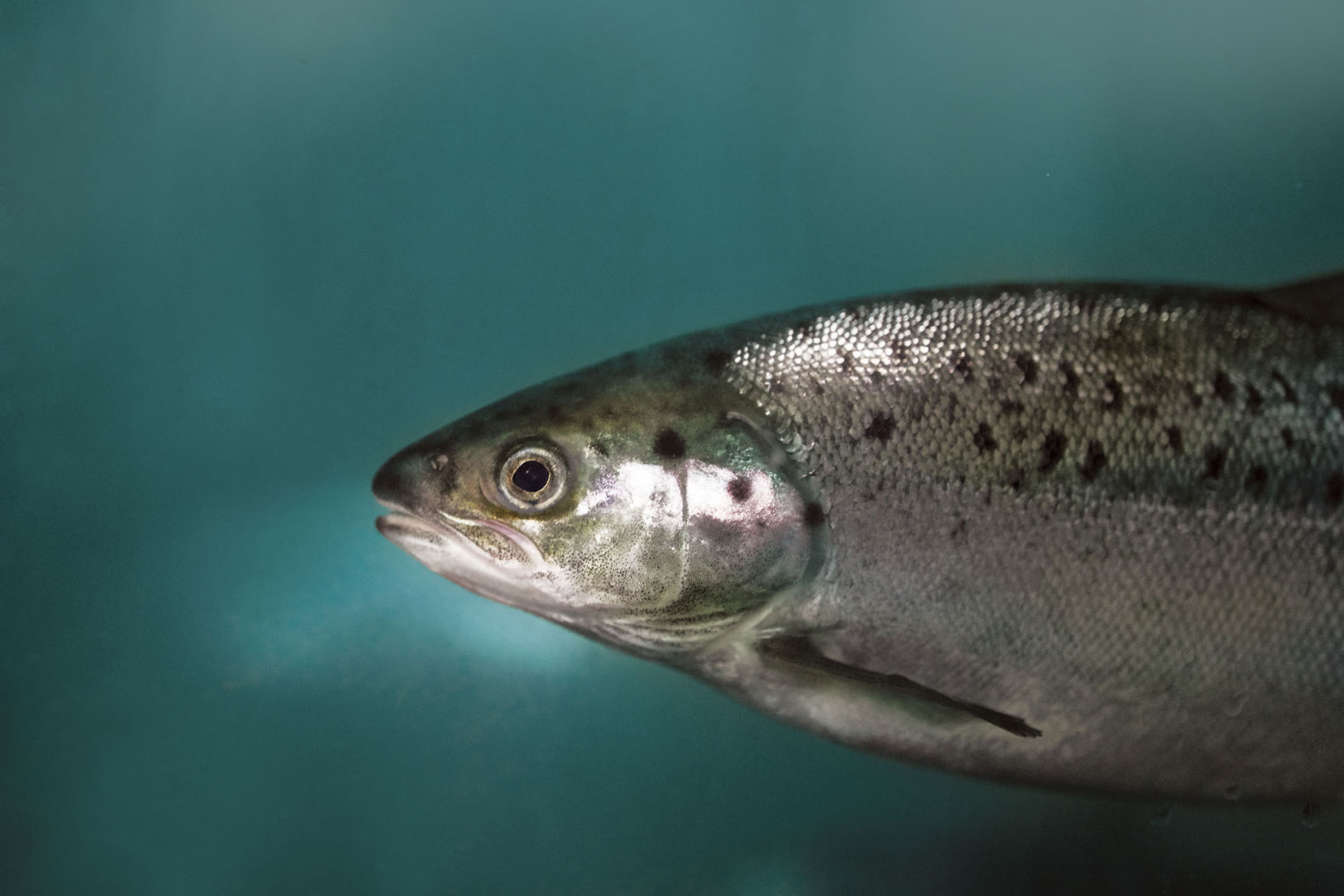 Because it grows quickly! It can reach market size in 18 to 20 months, rather than the 24 to 36 months it takes for domesticated Atlantic salmon. 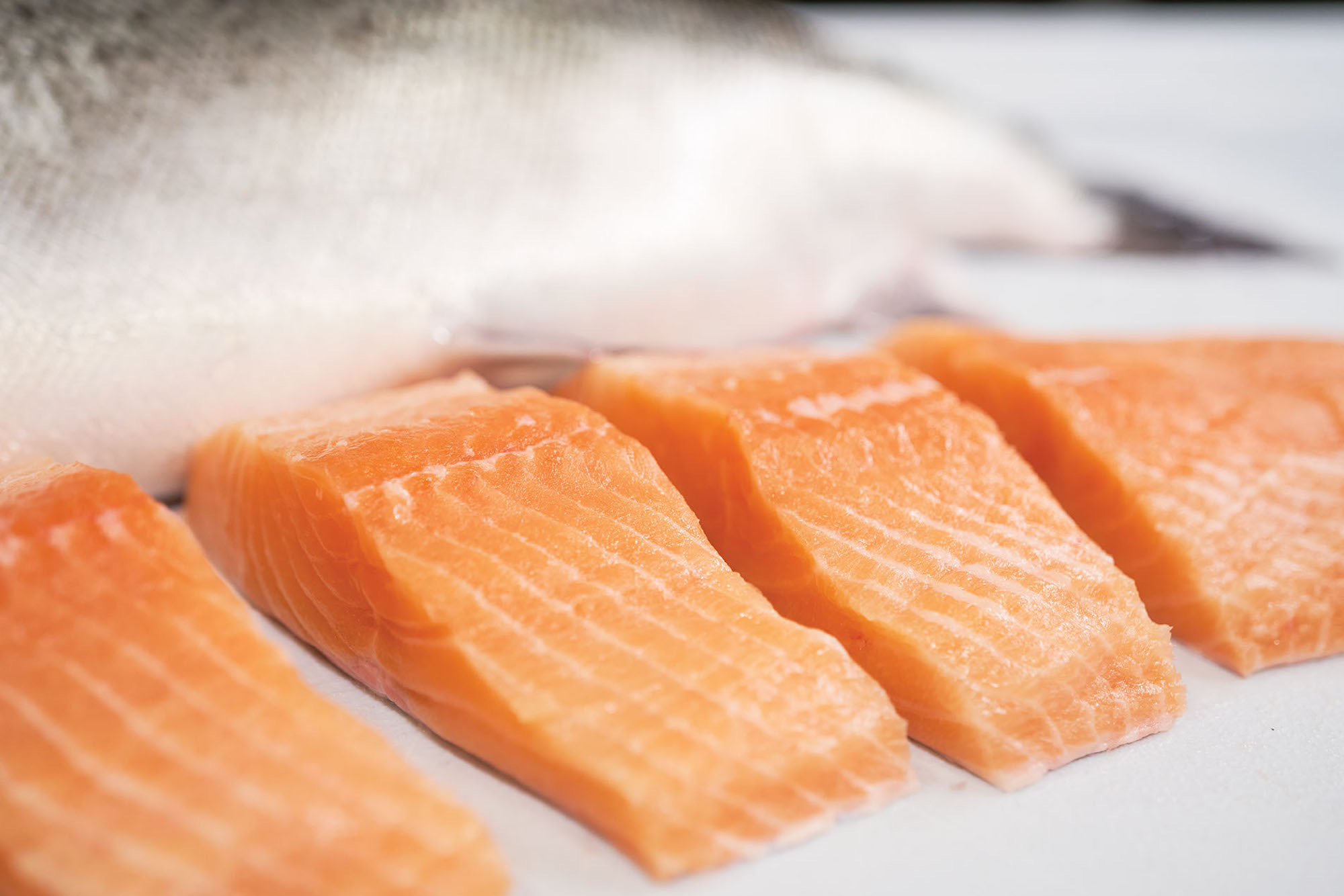 Research began in 1989, but it was not until 2016 that GE salmon was approved for commercial production and sale in Canada. You can now find this fish in some Canadian food markets.

How Did They Do It? 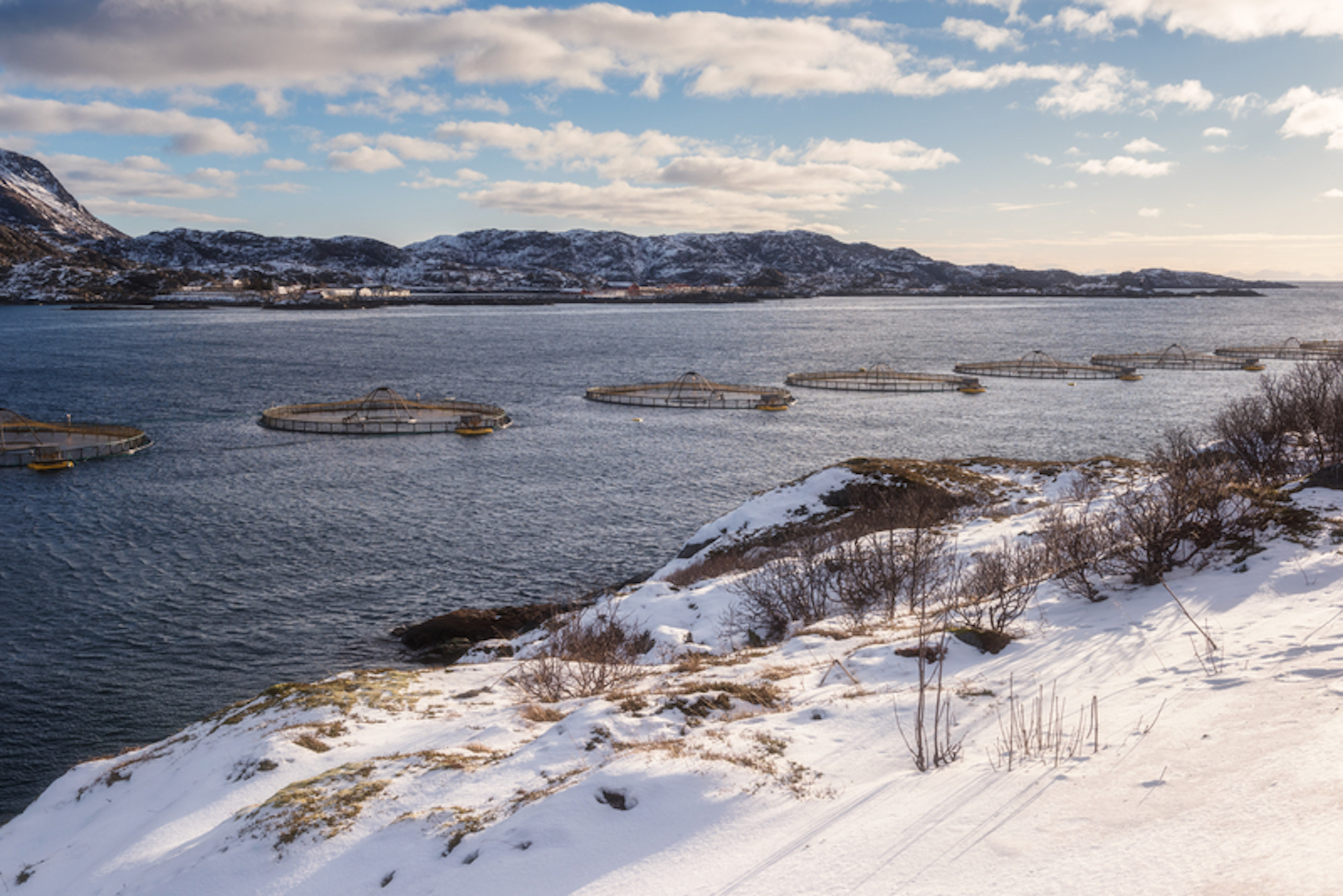 Atlantic salmon do not grow much in winter, when the water is very cold. To create salmon that grow year-round, scientists transferred genetic material from two other fish species into the genome of Atlantic salmon. 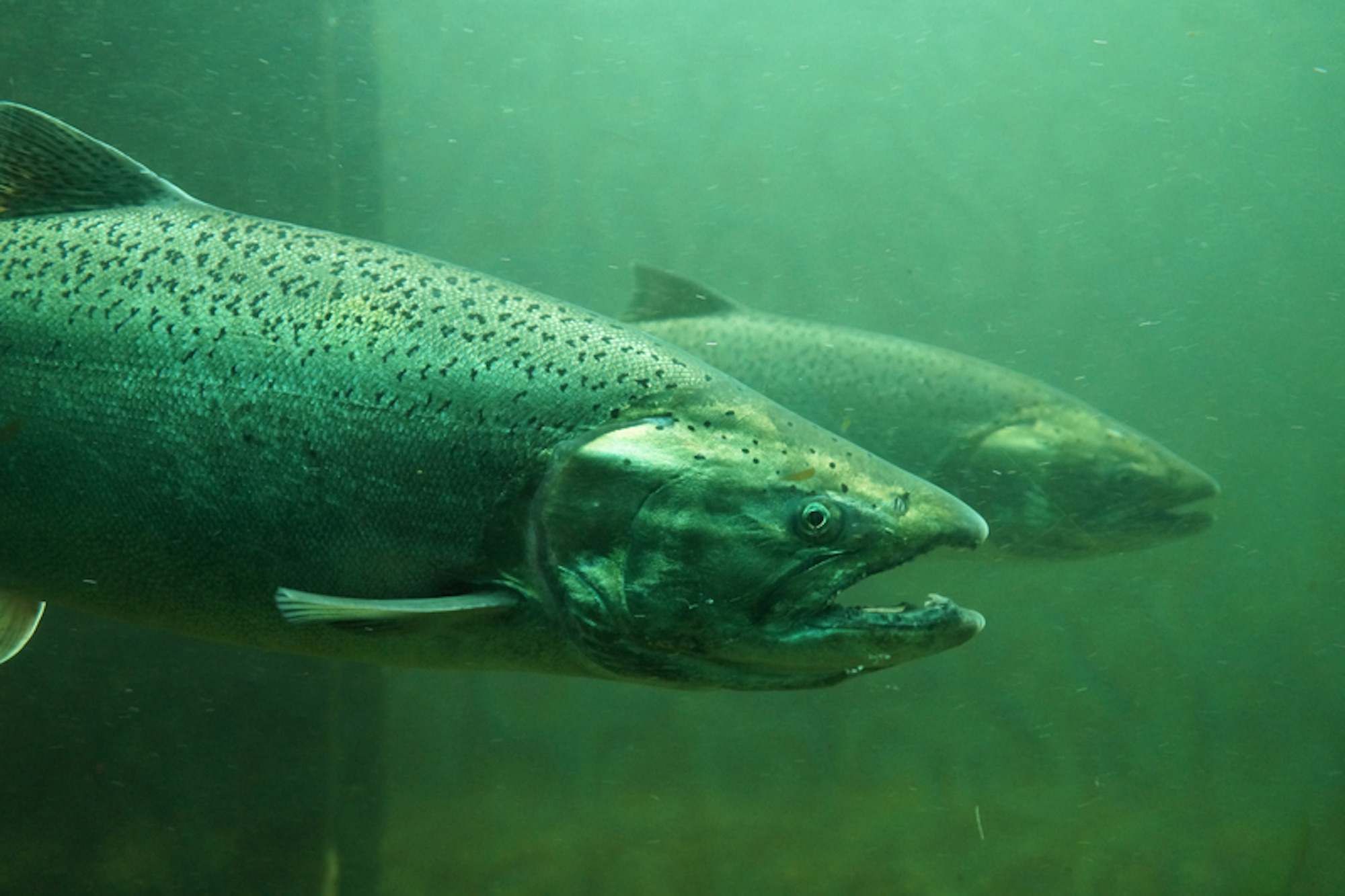 Scientists used a growth hormone gene form the Pacific Chinook salmon to speed up the growth rate of GE salmon. 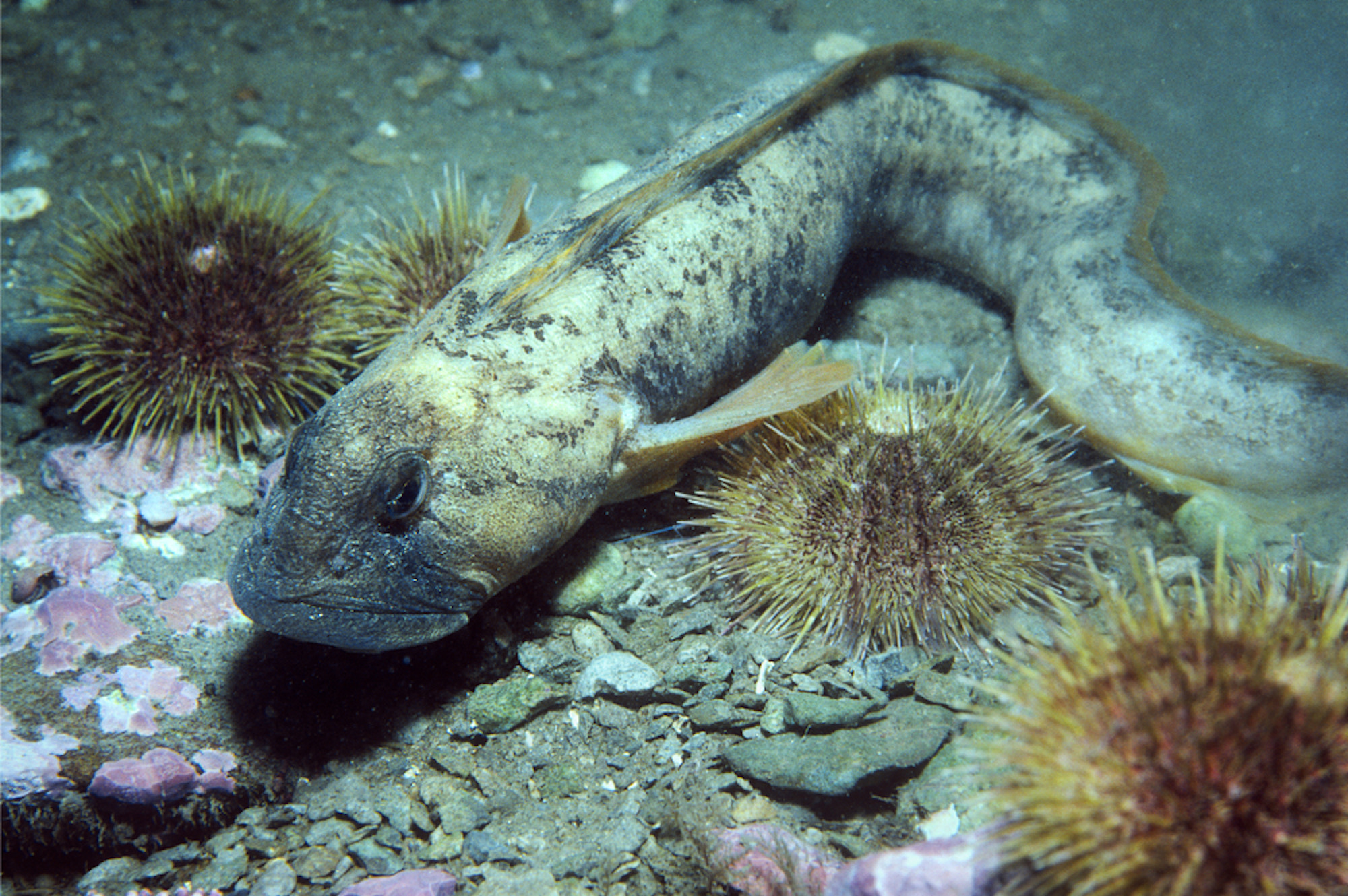 The other genetic material, a promotor, comes from the eel-like ocean pout.

The promoter acts like an on-switch — it enables the growth hormone gene from the Pacific Chinook salmon to function at all times, instead of just seasonally. 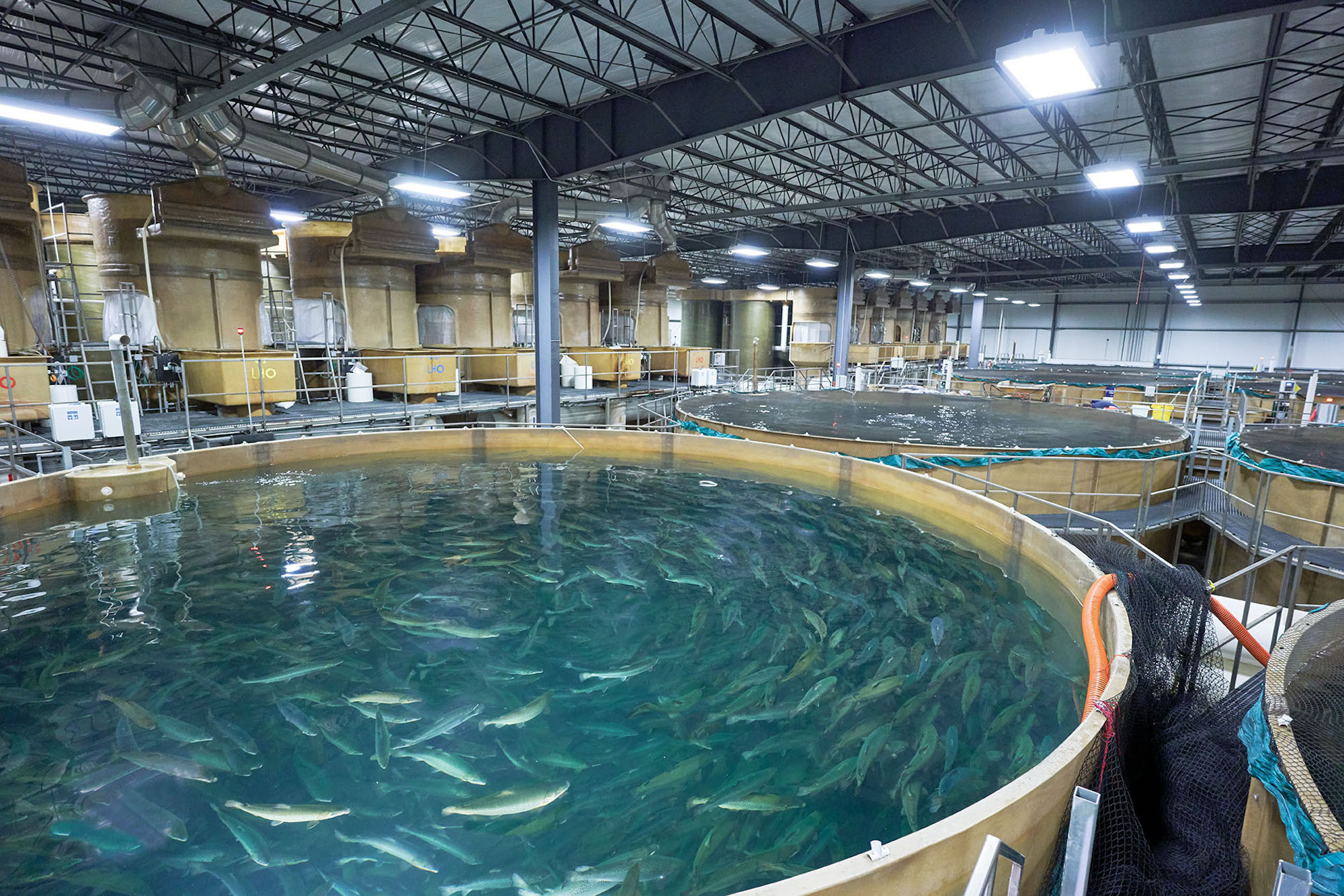 AquaBounty Technologies Inc. has farms in the United States, and one on Prince Edward Island. It is the only company in the world that produces GE salmon.

GE salmon are kept in tanks inside secure buildings. The fish raised for food are all sterile females.

These measures were put in place to reduce the risk of GE salmon escaping and interbreeding with wild salmon. 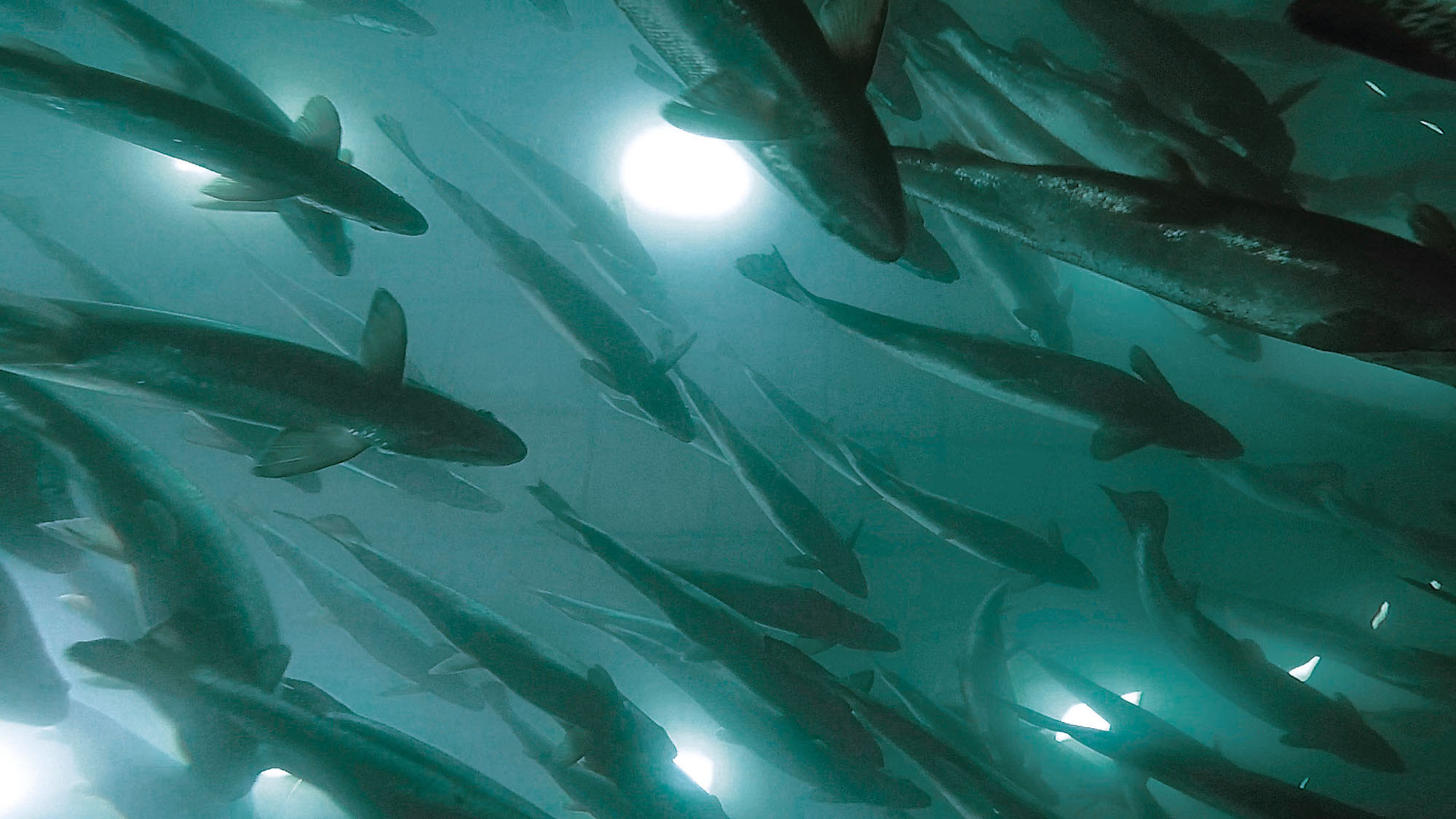 The creation of GE salmon raises practical and ethical questions. For example, what would happen if GE fish escaped and interbred with wild salmon? Do we have the right to change a fish that is culturally and spiritually significant to many Canadians?